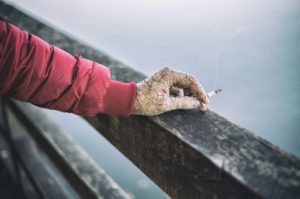 Though the percentage of Americans that smoke cigarettes has decreased in recent years, cigarette smoking continues to be the #1 cause of preventable death and disease in the U.S., responsible for almost 500,000 deaths each year-- about 20% of all US deaths. As of 2016, it is estimated that approximately 15% of Americans over the age of 18 smoke cigarettes. While this is the lowest percentage of smokers in the US in 50 years, the dangerous habit is still relatively prevalent [1]. 36.5 million American adults currently smoke cigarettes, and 16 million Americans live with a smoking related disease, including those with diseases caused by secondhand smoke. Some of these diseases include lung cancer, chronic obstructive pulmonary disease (COPD), diabetes, vision loss and blindness, asthma, and heart disease. In fact, about 1 in 5 deaths caused by coronary heart disease is directly related to the patient’s smoking habit. Each cigarette, when burned, creates over 7,000 chemicals, many of which are poisonous and at least 69 of which are known carcinogens [2, 3, 4]. 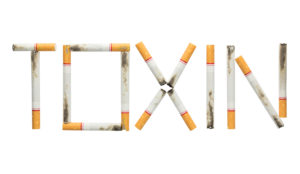